May 6th, 2021
It’s Thursday Squadies, and your day is about to get a whole lot better with these chicken birria tacos!! Brodie, the fam, and I tried out this recipe for Cinco de Mayo, and we are now OBSESSED! It’s so easy to make and is packed with flavor, protein and much-needed carbs to set you up with a full belly and tons of energy heading into the weekend!

What are Birria tacos?

Birria tacos were first made in Mexico back in the 60s, and have been trending recently on platforms like TikTok and Instagram, so you know we had to see what all the hype was about! These are special because they are not just your run-of-the-mill tacos with a soft tortilla, they are made with a slow-cooked stew (Brodie and I used the instant pot to speed things up) that you dunk the tortilla in and then pan-fry to perfection.

What’s so good about this recipe?

While making these tacos, we really wanted to keep it close to the authentic recipe so we could really appreciate the goodness, however, we did have to put our own lean spin on it. Rather than using beef, we decided to use chicken as it is a much leaner meat, and we kept everything else the same. Now you might be asking... “Phil, that's so many carbs in the tortilla and the cheese?”, you may be right, but carbs are extremely necessary for every diet. Carbs are one of the main sources of energy and fuel for your body as they play a key role in replenishing your glycogen stores to restore and re-energize your muscles.For the recipe we used an Instant pot which cooks the stew at really high pressure for a shorter amount of time (45 mins), however, you can also use a slow cooker (or even a traditional stovetop) and let it do its thing for a few hours while you go about your day. This recipe is great for families as you can adjust the spice however you want! You can set up the stew and leave it for hours, and dress the tacos with whatever toppings are super fun for the kids! 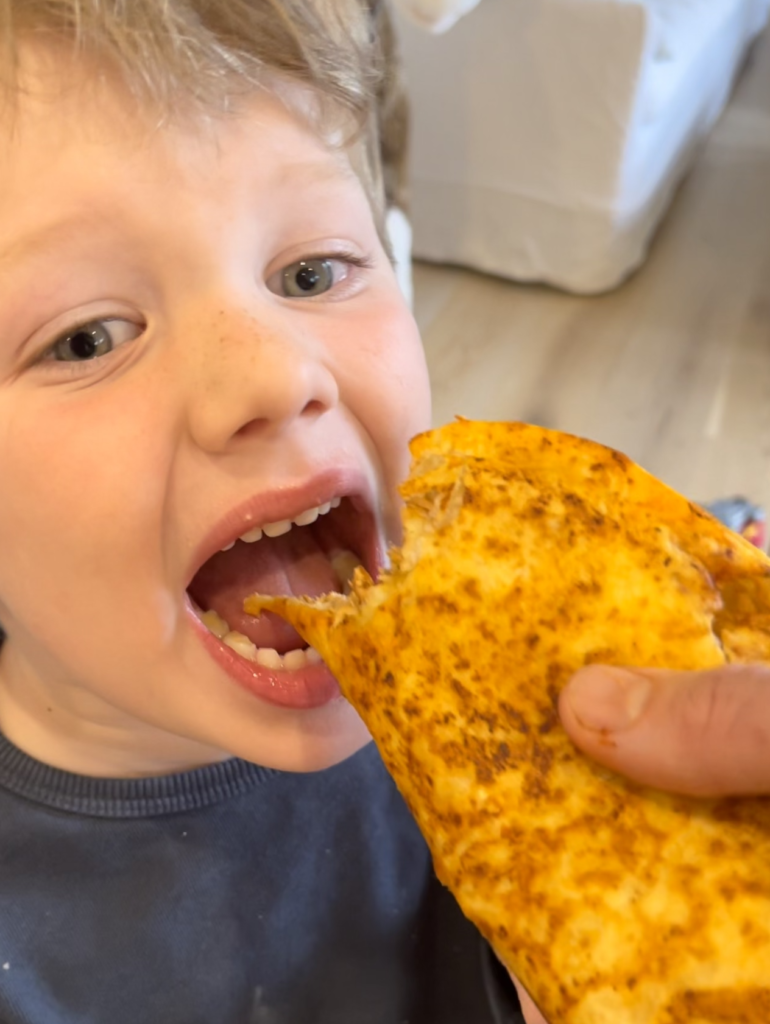 Our family loves spice so we added an extra guajillo pepper, and Hudson found it a bit too spicy, but after a bit of water to cool him off, he demanded more because it was THAT good!

If you would like to see how I made this birria tacos recipe, you can check out my insta post here. As for the ingredients and instructions, keep reading below! Happy eating Squadies!!

P.S. MY NEXT LEAN CHALLENGE STARTS MONDAY. If you want to feel confident, healthy, and energized this year then join me!

Looking for MORE mouthwatering and easy-to-cook recipes, workouts, and more, make sure to download our new App and enjoy a 7-day FREE TRIAL!!