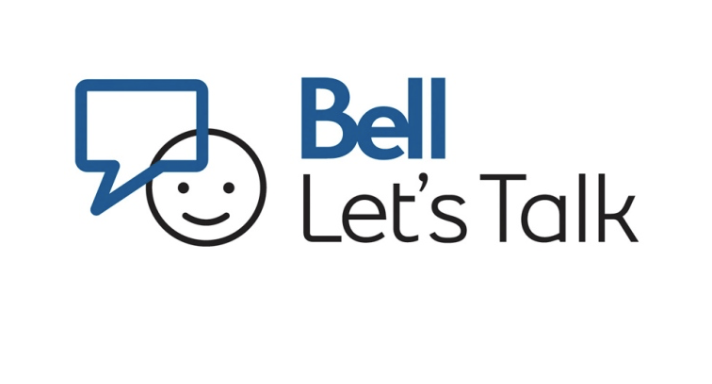 Whether you are a professional athlete, a student, a mom or an entrepreneur, mental health is a major issue which is relevant in ALL areas of life and is present in ALL professions. The first time I really began to understand the relevance of mental health in my day to day life was when I began playing rugby professionally and internationally. I learned that no man (or woman) is immune from feeling sad, depressed, helpless or emotional. I also learned a lot about myself. For a long period, I suffered from extreme highs and lows, concussions, injuries, severe emotional stress, fear and anxiety all while pursuing my dream. It seems funny to look back on things and think, “Wow, how could anyone be depressed when they are playing a sport they love?” Well, for whatever reason, in my experience, these feelings were more often than not PART of the price I paid to pursue my dream. However, as I my career progressed, I was fortunate enough to be surrounded by so many individuals who encouraged me to share my feelings no matter how painful, and I can honestly say if it wasn’t for the individuals who gave me a shoulder to cry on, I am not sure I would have been able to live out my dream as a professional athlete. When it comes to the athletics, mental health and depression have historically been swept under the rug. Sharing your thoughts and feelings about personal issues often requires you to open up and be vulnerable. Sometimes the idea of being vulnerable and sharing your true experiences can be daunting -- especially when you have an audience who you respect, like teammates, coaches or your family. As a professional athlete, you stand on a platform where you shoulder a lot of responsibility -- many of your fans look up to you, your teammates count on you, and your coach relies on you. To stand in front of them and say that you are unwell, not physically, but mentally, takes a lot of courage, but it needs to be shared! A common misconception is that being vulnerable makes you look weak, unstable or emotional - but the truth is, mental health is something that SO many people deal with on a daily basis and it NEEDS to be talked about OPENLY! In my experience, the bravest teammates I ever had weren’t the best tacklers or the toughest players, but instead, they were the teammates who openly expressed they we’re unhappy or mentally unwell. Not only did I respect their courage, but I also admired them for inspiring those around them to do the same. Often, it only takes one person to take a leap of faith and then almost simultaneously more will follow. 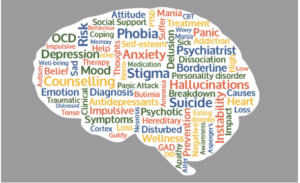 In sports, one of the biggest contributors to mental health issues stems from concussions. A concussion is an internal head injury, which means it’s not something you can see from the outside. Unlike most injuries suffered in sports, such as a broken bone where you can physically SEE when the injury has healed, a mental health issue cannot be displayed on an MRI or through an X-Ray machine. Because of this, sometimes athletes can feel pressured, either by fans, teammates, management, or even themselves to play when they aren’t feeling better. They can get down on themselves easily, feeling like they may be letting their teams or clubs down. As an athlete, this is one of the worst feelings in the world: You work extremely hard to get to where you are, and then you have an injury that no one else can see or feel except for you. You want to get back to playing, but in actual fact, it’s important that you voice how you’re feeling and express that you are having a tough time. One of the first times I really experienced the dark sides of mental health was my first severe concussion. I had been concussed the week before and taken 3 days off. However, I was representing my country and ultimately decided to lie to our team doctor and say I was symptom free when I certainly was not. At the time, I felt that the pressure to play and perform for my country, far outweighed any consequence that would result from another blow to the head. It was foolish. My anxiety for the entire week leading up to the match was extremely high, but again I kept thinking, “If I DON’T play I may never represent Canada again.” Needless to say, it was a terrible week and I was a mental wreck. 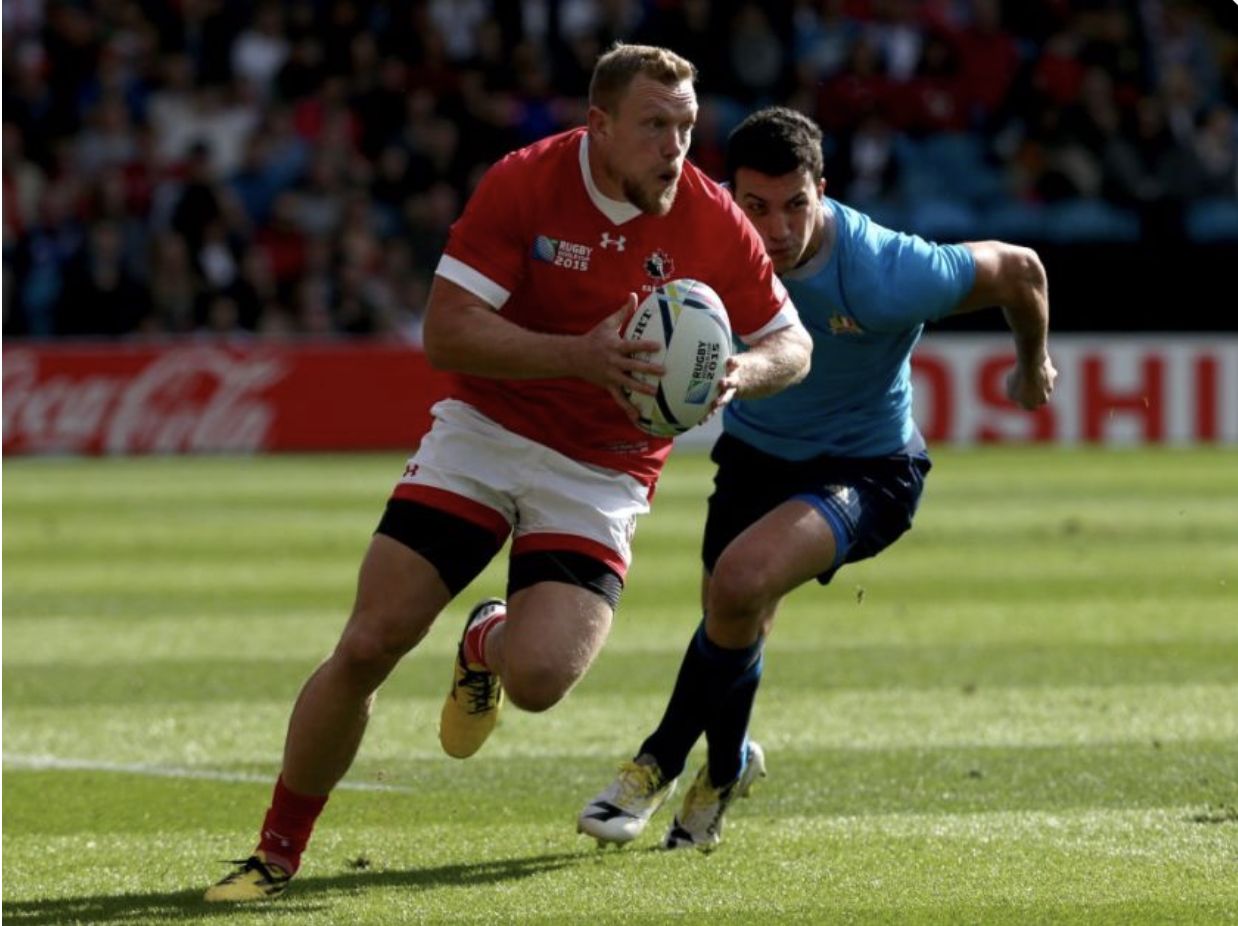 7 days after suffering the concussion (minimum concussion protocol is usually 2 weeks) I took the field. Within the first 20 minutes I received another concussion. This one is called a “second impact concussion” which can be extremely dangerous because it’s essentially a concussion, ON TOP OF another concussion. Imagine getting in a bad car accident, and then 1 week later, getting rear ended on your way home from the hospital.

For the next 6 weeks I was on bed rest: No exercise. No TV. No nights out. No teammates. Nothing. Just alone. My anxiety compounded by the day. I began to dream up elaborate, “worst case” scenarios in my head and spin stories that never seemed to end.

Is my career over?

Will I ever recover?

The next stage of my anxiety was how my coaches and teammates looked at me.

Looking back, no injury, no broken bone or no torn muscle was anywhere near as bad as my concussions. I suffered for 6 weeks. I didn’t talk about my feelings with anyone. I kept them bottled inside. I allowed them to grow, multiply, and increase in severity. I suffered despite trying to put on a smile for those around me. I was my own worst enemy. It was only years later, after many other similar instances (not just concussions, but other stressful situations) that I realized that the best way to improve my mental health was through openness, being vulnerable and TALKING.

Now fast forward to my post rugby career and, man oh man, mental health is still just as important now as it was then. However, the stresses and struggles come in different forms. Firstly, my transition into “real life” was extremely nerve racking. After rugby, I had no “real” job experience and very few “resume skills” to offer any employer, it had me petrified!

For the last 10 years I had been a “Rugby Player” and in the blink of an eye, it was gone. New players were signed, the team moves on, and I was left, well, to fend for myself. Life as I knew it was over and what was to come next was… Unknown. Although the “unknown” can be very scary at first, it can also be an incredible opportunity. I was fortunate to have tons of support and open communication with my wife, family and friends who encouraged me to look at this next chapter not with fear but instead with excitement. It was a chance for me to forge a NEW path. Follow a NEW passion, which is exactly what I did. 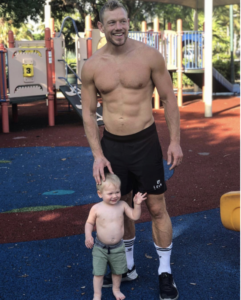 Failure as always been something I have embraced. Whether it was in rugby or real life, I have always been willing to TRY, even if it means I will fail. For example, during my last season playing professional rugby in England I applied to Oxford…“THE Oxford”. Being a Rugby player in England, I had a unique story which I was told would give me a great opportunity to get into a specific program. However, the program that I was recommended was NOT the program I really want to pursue, and so instead I applied for a much more exclusive program knowing full well it was a long shot, but I wanted to try all the same. I told every single person I knew that I was applying for this graduate program (most of the time the response I got was: “wow, um, goodluck!”) and I studied as much as I could for 3 months! When the decision letters came out, I didn’t get in, I “failed”, but I was OK with that. I put my best foot forward and honestly did everything I could to get into that program.

This attitude is something I think has helped me in my post professional career. I have seen so many people crippled by the notion of “failure” that they don’t even let themselves start. They actually get in their own way! Above are just a couple of my experiences I have had dealing with mental health issues. Undoubtedly, there will be more tough times, and tough decisions, and I am OK with that. Stress is part of life and balancing work and family are things I know I will struggle with, but what I won’t struggle with is sharing my problems and asking for help. If I have learned anything over my years, it is that internalizing and bottling up emotions does not make them go away, it just perpetuates them. Instead, I am committed to being open and communicating with the people I love and people who support me:

“Being the MOST vocal in my toughest times”, that’s how I know I will be ok and I truly believe everyone needs to understand it is OK to talk.

SO HOW SHOULD I DEAL WITH CHANGE? First of all, EVERYONE is different, so my way may not be for everyone, but I would encourage you to EXPRESS YOURSELF! Be open and honest about how you are feeling with whomever you are comfortable sharing it with. This can be friends, family, a mentor or an online community. This is the first step! FOR me I relied on my wife Brodie, my friends and my family. Sometimes, saying it out loud, or writing it down, can help you sort through your thoughts, and emotions. Finding a community of people to help you through hard times of transition can really help you fight through your anxieties and fears. Just ask – you will be surprised at how many people are willing to listen. My last tip would be to TAKE BABY STEPS! As long as you are making choices and taking steps in the right direction it doesn’t matter how big or small. Don’t wait for the perfect moment to start, or make an excuse that tomorrow you will make a change, start right now! Being clear about what you want is great, but you DO NOT have to do it all at once. For example, if you want to start your fitness journey, but don’t have access to a gym or don’t know HOW to exercise, start by watching some workout videos, tag along with a lean buddy to the gym or local fitness class, or even sign up for the LEANSQUAD…! This idea of taking baby steps can apply to any area of life. Try new things, start a program, start reading a new book, that step can be ANYTHING! Overall, discussing mental health is CRITICAL! While our physical state is important, we must take care of our mental health as well! Exercising regularly and fuelling your body properly provides a GREAT foundation for mental clarity, but we also have to make sure that we are open and honest if something is not right! Remember, if any one of you is in need of inspiration or having a bad day, don’t be afraid to reach out to myself or other Squadies for support. You are not alone! Express yourself, share your story, and don’t be afraid to take steps towards your new journey!